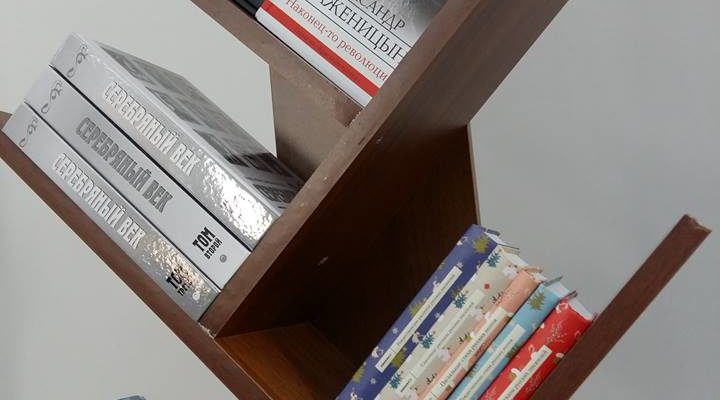 Today ShSU welcomed the representatives of “House for the Russian Diaspora” named after Alexander Solzhenitsyn. With the support of the Russian Science and Culture Centre in Gyumri, the scientific-research, publishing, culture and education centre named after the great Russian writer started its co-operation with the main university in Shirak. Within the scope of the book support project, the archive-museum of the “House for the Russian Diaspora” presented Shirak State University with 300 fiction and professional books.

The coordinator of the international and inter-regional co-operation of the ”House for the Russian Diaspora” Yelena Krivova told our students about the most prominent facts from Alexander Solzhenitsyn’s literary activity, spoke about the life of the famous Russian publicist and Nobel prize-winner.

Besides it, the participants of the meeting watched a film about the activity of the Centre, were shown around the library where their gifts had already been demonstrated. 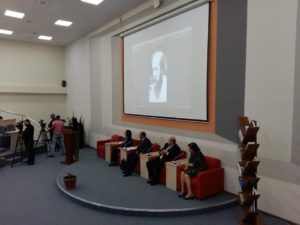 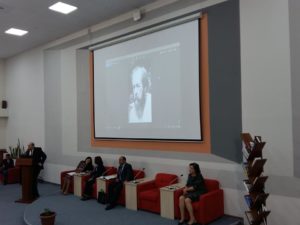 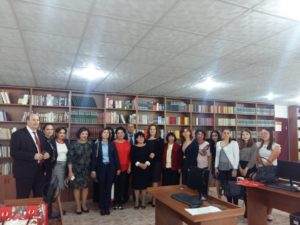 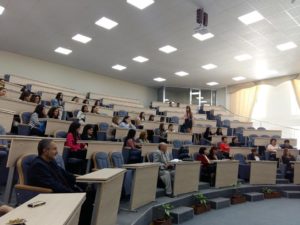 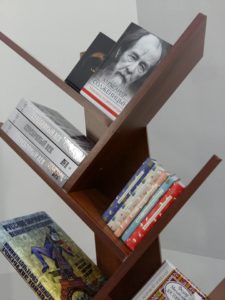