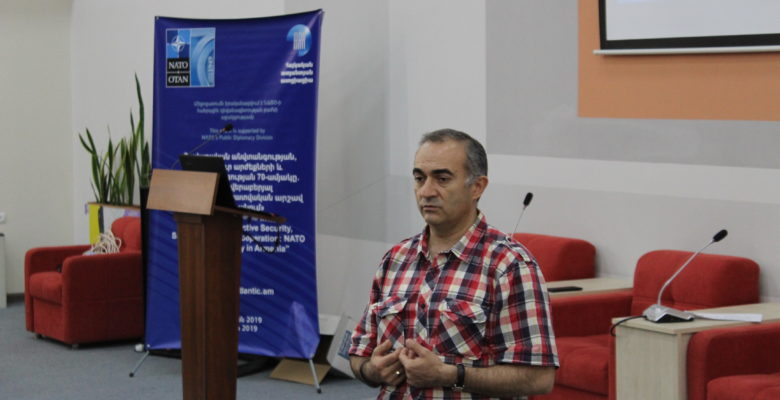 The Armenian Atlantic Association, under the assistance of the NATO Public Diplomacy Department, organized an information meeting with students and teachers of Shirak state University “The 70th anniversary of the Collective Security, Common Values and Cooperation: the NATO Education and Information Campaign in Armenia” within the framework of the events dedicated to the 70th anniversary of the NATO establishment.

Speaker from the Armenian Atlantic Association Tevan Poghosyan told about the role and functions of the NATO, the issues on the Armenia-NATO relations, the current challenges and NATO’s response in the process of ensuring international security and peace.

There was also a discussion about Armenia-NATO relations and their possible developments.

Let us recall that since 2007, the NAA has been holding annual NATO educational campaigns throughout the country. AAA’s mission is to contribute to the deepening of the Armenia-NATO cooperation, in particular through the perception and awareness of the NATO’s mission and activities in today’s changing situation in the Armenian society. Since 2001, AAA has been a member to the Atlantic Alliance Association. 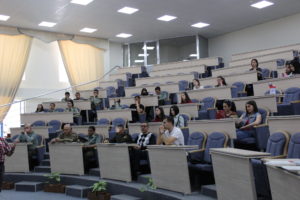 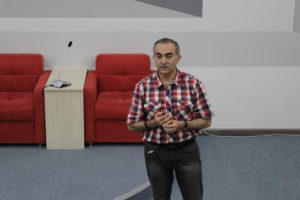 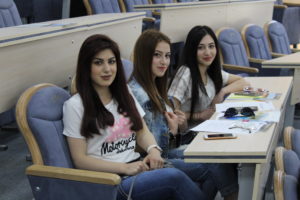 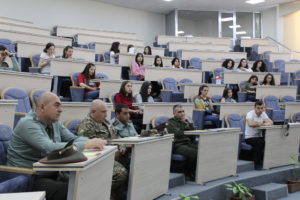 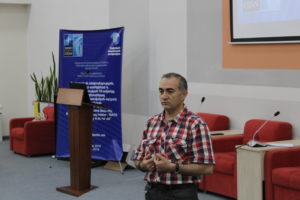 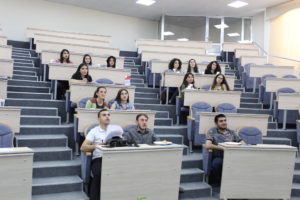